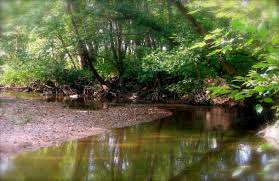 "The first duty of love is to listen."
~ Paul Tillich


I write this as we approach our 35th, and I fear our last, wedding anniversary.  We met 38 years ago, Aug. 18, 1980, to be exact.  In a bar in Kansas City, as the song goes.  Just 15 minutes before I had determined to leave.  I was there with a colleague, sharing with her the highlight of a long road trip I had taken alone, so proud of what I had done.

John walked in with a friend to celebrate a successful business transaction and sat at a nearby table.  His first trip to Kansas City, he asked a question of his friend that the man could not answer.  But I could, and without much thought, did.

We continued to talk - about the city, and then work, and backgrounds and interests - and he listened, at a level I had rarely experienced.

When we parted, we exchanged telephone numbers in case I ever got to Cleveland, his home base.  In case he ever visited Kansas City again.  Which I seriously doubted.

The next day, I told my mother that I had met someone who, though I was sure I would never see again, gave me hope that there might be someone with whom I could build a lasting, supportive relationship.  In fact, I told her, were we to live in the same city I was sure we would end up married.

He called the following Sunday morning just to talk.  And he listened.  As he did every Sunday morning for weeks.  And eventually every Wednesday evening, and eventually every night.  As he did throughout the challenges of determining how to create a lasting relationship across miles and different careers, across different backgrounds and commitments, across significant hesitations and considerations.  Somehow, even when he became most fearful or I became most frustrated and angry, he strove to listen.

And I came to realize that for all the reasons I had come to love him, at the top of the list was that he always listened, no matter how difficult the conversation.  I moved to Cleveland, and we married in l983.

That foundation of talking and listening through the tough conversations has served us well.  Sustained us through several moves, career changes, presidential campaigns, caregiving for my elderly parents, and battles with cancer.  It continues to be a basic survival skill as we deal with this, the greatest challenge we have ever faced, the most difficult conversations we have ever had to have.  Still, he listens.  I have never loved him more.