How Could I Forget? 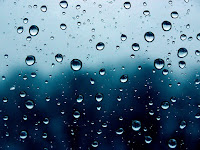 "Life is what happens while you're busy making other plans."
~ John Lennon


Where did the summer go?  I had so many plans - plans to write, maybe travel a bit, complete reorganizing the house, lose 10 pounds (again), and of course, deal with this on-going grief as it was sure to arise.

Then, life happened.  It interrupted my plans in late May when I woke in the middle of the night with an attack of vertigo, the room spinning, my stomach churning, and the realization that should I fall, no one would know.  A realization that brought on a wave of grief and anxiety I hadn't known since the days immediately following John's death in November.

It was this event that set into motion a series of challenges and decisions that would occupy several following weeks.  First, the diagnosis of Positional Vertigo, exercises to correct it, weeks of unsteadiness and incipient nausea, and always the fear of falling.  Then, hearing testing and hearing aids.  Followed by a balance assessment and the warning that my balance was so poor that I was in danger of falling, with or without vertigo.

For a while, it seemed that each new attempt to resolve a problem only led to the identification of another problem.  It took all of my emotional energy to avoid holding a major pity party for myself.  Needless to say, I didn't travel, didn't write beyond my personal journal pages, and comfort snacking didn't do much for a diet!  So much for plans.

Ultimately, I did resolve my health challenges.  I enrolled in a balance course and made significant inroads in organizing the house.  I got an alert system which has alleviated much of my concern about being alone.  And while I haven't lost weight, I haven't gained any - a small victory considering all the stress!

So, as dawn arrives later every day and dusk settles sooner, as autumn is in the air and I anticipate the first anniversary of John's death, my second Thanksgiving and Christmas without him, I could easily descend into anxiety and trepidation.  However, the greatest accomplishment of this summer has been to remind me, not that life happens while I'm making other plans, but that I have the resiliency, the skills and support to deal with it.  I almost forgot.