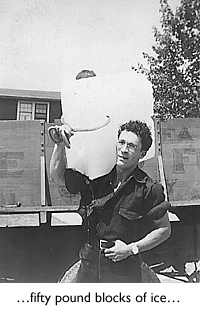 "I never wanted to be the eldest."
~ Ben Magestro

I haven't thought of this comment in years.  Many years.  Dad made it at the news of the death of his remaining older brother over 25 years ago.  Dad was just about the age I am today.  I didn't pursue the comment.  Maybe it was because I am the eldest child and grandchild and had never given it much thought at the point.  Maybe I feared I'd make both of us uncomfortable discussing why he felt that way. Maybe I arrogantly assumed I understood. Whatever - I just let it pass, one more comment to file away.

Until recently, when I caught a video of my remaining uncle, now in his 80's, suddenly frail, undoubtedly old.  In the weeks that have followed, my dad's comment has popped up at the most unexpected moments.  Finally, I suspect I understand.  When this uncle dies, when I am the eldest in the clan, who will remember?

For, it's not only that this uncle is the last of his generation.  In many ways, he was more an older brother than an uncle.  We lived under the same roof at the end of World War II.  He consoled me and tried to protect me when the stress of that household at that time was too much for a little girl.  He took me trick or treating.  He fixed my plate at the buffet when we celebrated my great-grandmother's 100th birthday.  He was there when I was baptized, and when I received Holy Communion.  He remembers the day Grandma gave up her icebox for a refrigerator, what it took to keep the coal burning furnace going, the snowstorm that crippled the city in 1947.

When he dies, there will be no one left who knows where I began, who can appreciate even remotely what it has taken to be who and where I am today. There will be no one else who remembers. I'm not sure this is what Dad meant when he made that comment so many years ago.  But I rather suspect I'm in the ballpark.

I know there are scientific reasons given for why we older folks begin to dwell on memories of our younger selves.  But what if it isn't also that we reach a point when we are the eldest and there is no one else who remembers?