As Good As It Gets

We returned last night from John's six month checkup at MD Anderson in Houston, on the brink of being too tired to go to sleep, on a high from having had better news than we had feared we might receive.

It was a quick turn-around trip, there and home again in three days. It requires a shuttle drive of a couple hours to Vegas, using a wheelchair to navigate the airport, a three hour flight to Houston, another wheelchair, and then a long taxi ride to the hotel, a stressful trip under any conditions, anxiety laden under present conditions.  Prior to the trip, John had experienced a sudden drop in his white blood cell count and I had read that such a drop could indicate progression in the disease, even indicate the onset of leukemia.

John was to receive a bone marrow biopsy to determine how well his current chemotherapy plan has been working and whether he would need a more aggressive chemo as suggested by his St. George hematologist, a treatment plan that would require stronger medication that carries possible serious side effects.  Treatment we were hoping to avoid, nevertheless treatment we feared we might be returning to St. George to initiate.

Following the biopsy, we were scheduled to meet with the hematologist who is consulting with us, Dr. K, a Russian-trained, rather austere, cool and contained woman who had been almost two hours late for our initial consultation in September, known for her tardiness, but thankfully also known for her expertise.  Thursday, she was on time, greeted us warmly, reassured us that John's blood work looked good, that the white blood cell drop was a minor glitch, and that she did not feel the aggressive chemo was necessary.  Just like that, in 20 minutes, the air in the balloons of our anxiety was released.

Relieved, we recognized that John was stronger this trip than our initial visit six months ago. We recognized that we had managed the trip with grace and competency.  We recounted, once again, how grateful we are to have access to this wonderful organization, to another fine doctor, to the collaboration our health care team is exhibiting, to having one another.

We learned a lot in that 20 minute consultation, not the least is that I should not be doing my own research.  I don't know enough to make distinctions about the information.  I don't have the necessary training to understand all the vocabulary.  I am too close to the situation to take in the information neutrally,  too quick to jump to the worst conclusions.  Almost as valuable a learning as what Dr. K shared with us.  Almost.

This is as good as it gets...and that's pretty good.  We are grateful.

A Work in Progress

"Routine, which I used to scorn as next door to incarceration, holds new appeal for me."
~ Carolyn G. Heilbrun
The Last Gift of Time


First, before I go any further, a few words as to my short hiatus from posting.  Given John's illness, I want to reassure anyone following the blog for some time now, we are fine.  Just have been busy fending off the imps of technology.  First, the printer, then the computer, and even my Kindle acted up.  But, and I say this with some pride, I handled it all and did so with patience, a modicum of grace, and success. (And yes, with the help of some patient, competent technicians.)  Not bad for someone who not long ago was afraid that I would break the computer if I hit the wrong key.

Now, for the Heilbrun quote.  I've been reading The Last Gift of Time for a few days now - one of my new habits, reading inspirational material as part of my morning routine.  Among the many sentences that caught my attention for its clarity and significance, this one captured an awareness I have had for some time now, but could not express with such eloquence or brevity.

Like Heilbrun, I have a long history of resisting routine, seeing it as impeding my sense of freedom.  Lacking creativity and spontaneity, "next door to incarceration."  A psychologist might suggest this was a normal reaction to being raised by strict disciplinarians and taught by even stricter Catholic nuns.  I told myself that I needed more choice. I loved the individualized teaching methods of the 70's and 80's, no fixed curriculum for me.  And when I led my own training courses, I took pains to be sure no one course ever looked like another.  I could redecorate every month and have had to work, really work, at not starting yet another project, pursuing another hobby.

Upon retiring, however, habits and routines  took on a new meaning. The most obvious reason I began to concentrate on developing habits was to compensate for my " normal aging brain," as my doctor labeled it.  You know - where did I put my keys? What's her name, what's that word?  Why did I come into this room?  Surprisingly, it didn't take very long, well longer than 21 days, to recognize that habits and routines could actually increase my sense of freedom rather than confine it.  Freedom from worry and anxiety, freedom from stress, freedom to put my attention on something other than retrieval.

So, I started with the obvious, the same place for my keys and sunglasses.  Grouping items by function and always, always returning them to their home.  Making lists and checking them twice.  Keeping one master calendar.  Developing schedules to address my needs rather than someone else's.  The behaviors organized, disciplined folks develop at a much younger age.

Last fall, when John was diagnosed and our lives took on chemo treatments, doctors' visits, medications, a state of hyper vigilance, these habits sustained me even as new habits and routines were demanded.  Sterilizing surfaces and materials often, communicating with friends and family more consistently, checking for potential obstacles, asking for help, etc., John's physical health and my mental health depend on them. They keep us grounded and provide a sense of stability and normalcy when any day can present a new and unexpected challenge.  They keep me tethered to today rather than floating away in sea of future uncertainty.  A computer glitch is just that, a glitch, not the cause of a meltdown.

Have I become a creature of habit?  Hardly.  Not after decades of denial and outright resistance.  But I can see the fruits of my labor.  I can feel the shift in my thinking.  Do I wish I had learned this sooner, well, maybe.  For now, let's just say I'm a work in progress. 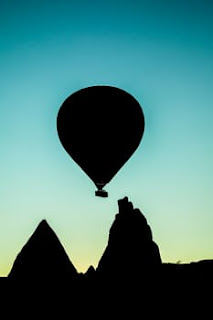 As someone who can be too serious and thus, tend to worry and fret, laughter, even a simple smile, is a lifeline to a modicum of serenity.  Especially these days in this world with the health challenges we are facing. Laughter brings me back to center.  It reminds me to be grateful for what I have.  Who I have in my life.

I thank my lucky stars that I married a man who values humor and sends me laugh out loud e-mails almost every day.  And I thank my lucky stars that I have friends who share silly FB posts that always bring a smile if not an outright belly laugh.  (Pat, that's for you!) I'm so grateful for the late night comics who can find or create humor from a situation that otherwise stirs up angst and anger.  And special thanks to all my friends and my brother and sister who, when we speak, manage to get me to laugh at something, anything.  My days would be darker without all of you.

So, I conclude this brief post with one man's witty observations on aging.  Hope you get a laugh or two, or at least an occasional smile. 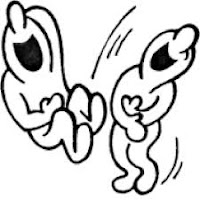