"The happiest of lives, seen in retrospect, is but a collection of odd little moments."
~  Unknown*

I don't remember the author of this quote, one of my favorites.   But I do remember the moment I first saw it.  It was one of three quotes, written in elegant calligraphy on a postcard, sent by my then principal who, though not given to intimate conversations, was obviously concerned about my emotional state at that time.  In the throes of a devastating divorce and wallowing in self-pity, I was sure I would never be happy again.  And, I am embarrassed to admit, I let everyone around me know it!  Ad nauseum!

This quote in particular, and the fact that this reserved woman had sent it, caught me up short.  That night I began to capture the odd little moments of the day that might give me, even for a second, the hope that I could be happy again one day.  Night after night I persisted, not noticing that eventually, the little lists developed into a gratitude practicel.

In the almost 40 years that have passed, I have continued to list the odd little moments, sometimes in a journal dedicated only to that.  Sometimes I've included them in my daily journal. Sometimes at night, sometimes the next day, but rarely with a lapse of a couple days.  During the happiest periods of my life, during the difficult - the suicide of a friend, the death of my parents, Cat Scratch Fever (yes, there is such a thing), my cancer, John's. During all the transitions. Some days it was a stretch to recall even one positive moment, let alone the minimum of three I set myself. Some days I could, and do, list ten.

These days, when I am learning to deal with issues related to the short term memory lapses that develop with aging - where did I put my glasses, what's that actor's name, why did I come into this room, etc., etc., - remembering these special little moments has taken on a new relevance. (It's not my memory that's going, it's just the retrieval mechanism that falters now and then.)  And oddly enough, these little moments can come more easily.  Sometimes almost unbidden, reminding me that I've been blessed.  Odd little moments, like -
I keep a list of the most significant of these moments handy because it can be too easy to remember old hurts, or dwell on current aches and pains, or worry about future loss and decline. Far too easy. 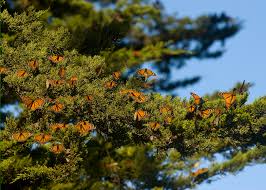 * Does anyone recognize this quote, and it's author?

There is a commercial for a local active retirement community that never fails to annoy me. It shows a young couple stumbling upon the development and asking an older couple of residents where they have landed.  The older couple, lean and sun tanned, he with a full head of gray hair and she looking like she could model for Chico's, shows them around... to the golf course, the restaurant, and the pool.  It ends with the younger man saying, "We have to figure out how to turn 55."

I realize that some would say I have no sense of humor, or that this is just creative license, par for the course in advertising.  But I think it is another example of promoting the "forever young" movement, a term coined by Daniel Klein in Travels with Epicurus, a movement whose favorite term seems to be anti-aging.  It is the polar opposite perception of old age promoted by those who also see this stage of life one dimensionally - but chiefly negatively. A stage marked by frailty, loss, and isolation.  Neither perception captures the full range of possibilites, as well as the challenges of aging available to us today.

Also, this commercial belies the vast array of activities available in that particular community, activities that are educational, creative, charitable  and social in nature.  Activities that address the complex needs and interests of an "active" retirement community or simply any older individual who wants to continue to learn and create, who has skills and expertise to share and the desire to do so.

The portrait of aging I prefer is painted more satisfyingly in three books I have read these past months.  Klein's Travels with Epicurus is the recounting of his journey to a Greek island to contemplate what the old men there can teach him about growing old.  Spurred on by the decision to forego the dental implants recommended by his dentist so that he would not have "the smile of an old man", Klein, an acknowledged old man, travels to the island equipped with his journal and his favorite philosophers to contemplate aging in a culture where aging is not only not feared, but enjoyed. Imagine that!  Well-written, insightful, humorous, a great gift for a favorite older man.

The Wonder of Aging, by Michael Gurian, bears the subtitle A New Approach to Embracing Life After Fifty.  It's filled with practical tips, solid science and inspirational and motivational stories.   I particularly appreciate the terms Gurian uses to define the stages of aging.  No old, old old and oldest old but rather The Age of Transformation, The Age of Distinction, and The Age of Completion, terms that describe the work to be done during that stage of one's life.  The research and the stories flesh out what Gurian means by his term "realistic optimism", the attitude he advocates for embracing life after fifty.

Finally, The Blue Zones:  Lessons for Living Longer from the People Who've Lived the Longest, by Dan Buettner.  Buettner shares the secrets of living longer (and well) from four of the world's Blue Zones - Sardinia, Italy; Okinawa, Japan; Loma Linda, California; and the Nicoya Peninsula, Costa Rica.  These areas have a higher density of centenarians due to common elements of lifestyle, diet, and outlook.  Buettner's science is easily accessible and the stories of the vibrant individuals he interviewed are fascinating.  He concludes the book by distilling his research (funded by National Geographic) into nine lessons with suggested strategies for incorporation into our Western lives.  I was relieved to see Lesson Four: Drink red wine (in moderation). Guess which zone taught him that!

I trust it's obvious that I enjoy learning and sharing what I'm learning.  If you are reading about aging and have found other valuable resources, I'd love to  know.  If the above books intrigue you, let me know.  If you have found some good websites (nextavenue.org and sixtyandme.com are two I like), well.... 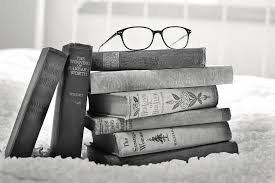 "All the art of living lies in the fine mingling of letting go and holding on."
~Havelock Ellis

I've repeated this quote because I'm still pondering it, seeing evidence of its validity everywhere I turn.

The most obvious has been in the constant assessing I find myself doing as I strive to simplify our home.  I've been on an organization and decluttering kick for the past five years, ever since we downsized from two homes to one.  I thought I had done a wonderful job (if I do say so myself) until my sister visited last fall and commented that even though we had a lot of 'stuff', it didn't look cluttered.  It took awhile to figure out why the comment, intended as a compliment, still unnerved me. I was organized, uncluttered, but, clearly, far from the simpler look and feel that I really wanted but hadn't acknowledged.

So, for the last couple months I been removing the next level of belongings with simpler as the new criteria - a criteria that has forced me to examine and reexamine more closely the underlying reasons for holding onto...anything and everything.  For me, and I suspect for others, it's not the object that I'm holding onto, but what it represents - a memory, a relationship, an image of myself, an aspiration, an achievement, a time and place, maybe a "what if" - perhaps more.  With this realization, the decisions of what to keep and what to release became much easier, even enjoyable.

The more valuable realization dawned on me, however, when I went to visit my 90 year-old friend the week before she was to move into independent living near her family in the Midwest.  As I drove up to the house she had lived in for 17 years, she was standing in her near empty garage giving the last donations to a crew of compassionate and caring men who have obviously done this before.  We walked into her near empty home.  And in that moment I could hear the inner voice...the reason.  I'm beginning to let go now while it is my choice, while I have a partner to help with the decisions, to take the stuff to donation and consignment.  Because I want to, not because I have to!


But for now, it's my clothes closet.