Looking Back in Order to Look Forward 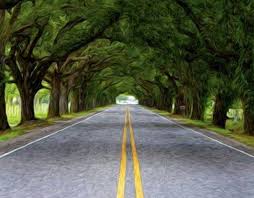 "Sometimes you have to look back to be able to look forward."
~ unknown

It's that time of the year when I look back to see where I've been, what I've accomplished, and where I want to head in the coming year.  I've done this every year for the past 35 years except last year.  John had died in November and the best I could do was hope that I'd endure the grief and mourning that overwhelmed me - and I wasn't so sure about that.

So, this year I dared to pull out my private journals from 2018 and 2019 (six in all) and began to read, hesitantly, a few pages at a time.  Knowing I would dredge up painful memories, bittersweet memories, but also, hopefully, memories that could sustain me and buoy up my tentative optimism for the coming year.

I had so many questions:
I've started at both ends of those 26 months, the early months after the diagnosis and the last months immediately preceding and succeeding his death.  And the months of this previous autumn.  It's glaringly obvious that this will take me more than a couple weeks to accomplish, as I write a minimum of two college-lined 8 1/2 x 11 pages every day and many of them are challenging to read.  I've taken on a  project that could well take a few months.

But this much I have learned already: